Originally from Herefordshire, via a spell in London, Emily Davies now calls Devon her home and it’s here that’s she’s quietly cementing her reputation as a singer-songwriter of the most enchanting variety. Emily is a seasoned performer, crafting spellbinding sets that are undeniably steeped in the magic of the past, while still maintaining a refreshing air of the new. Her sound blends indie folk with a melodic mix of alt-country and a genuine pop sensibility and showcase a voice that’s both breathy, big and soulful too.

She has played a host of legendary venues and festivals, both nationally and internationally and has supported artists including Laura Marling, The Swingle Singers, Ben Taylor, Phil King, Jake Morley, Harbottle & Jonas, Heidi Talbot and William the Conqueror. She released her debut album Free to Roam in December 2020 and is currently working on her next record.

Deejay Davis and the Devine Sound

I am an exiled Mancunium in North Devon having moved here almost 5 years ago bringing with me my big vinyl collection and memories of big nights out at the Hacienda and all night raves at secret locations as well as a dodgy haircut and attitude!!  I decided to teach myself how to mix during lockdown to maintain my sanity with guidance and tips from a DJ mate back home and he has now given me his seal of approval to let the wider world have a listen.  My records are a mix of big beats, breaks, banging funk and some old school classics thrown in for good measure.  All of my records are vinyl as I think it’s the original and best genre and also because at my age, I can’t be bothered getting to grips with any more technologically advanced.  There is an old school flavour to my style and whilst I cannot guarantee perfection, I can guarantee that you will be up and shaking your thing and getting lost in the beaty goodness of it all.  Like the vinyl I play, I may be somewhat advanced in years but I grew up a golden era of music which is definitely relevant today and certainly not defunkt!  .

Delta 88 released Rocket Powered in 2017 with Western Star Records, followed by Firefly in 2019. They also have a vinyl EP called Rockabilly Tales, featuring 4 original tracks from the Rocket Powered album

Dr Splink play an original blend of Jazz, Ska, Reggae and Punk, they have been compared with The Blockheads, Madness and The Stranglers. “We are professional musicians who specialise in having lots of fun, getting crowds smiling, laughing and dancing. We appeal to audiences of all ages and musicals tastes with songs that stick out and that people want to dance and sing along to. We have many props and even hand out cheese”.

Let Ed Man paint you a picture with words and music. Compared to both Ray Davies and Nick Drake, Edman draws on a lyrical musical tradition.

Seasoned professional, Colin Edwards has mastered a number of genres and had success in a number of guises. He speaks eloquently of the music he loves and builds a good repour with his audience.   Think Americana, open tuning, and Mississippi blues.

Will Edwards musical recipe goes something like: Put stage presence, musical talent, audience participation, with no small amount of charm, together in a bowl with a large dollop of humour and mix thoroughly with old songs and new. Great fun!

Tom is a singer-songwriter with a growing reputation. Well-crafted songs combine with thought-provoking lyrics.

The funkster is back. For his next trick, he will have you on the dance floor strutting your stuff!

Bringing the vibes the revive, the Dog is back! Coming out of Brighton, Funk Dog, AKA Nils Lau is a DJ of some years experience. Know for lurking, tetradactyl dance celebrations and bringing the party where ever he goes. 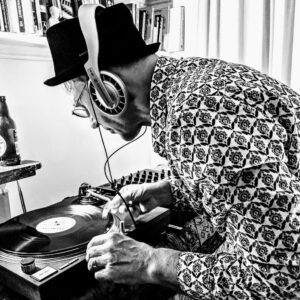 Fresh Arms are a local Clapham indie rock band. Moulded in the dark depths of unruly SW London house parties, they are one of the most exciting new prospects to come out of south London. Fresh Arms are regularly found smashing anthems the right side of the Thames. Some of Fresh Arms’ influences include Arctic Monkeys, the Killers, Blink-182, the Fratellis, Oasis and the Wombats 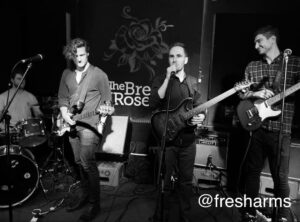 Jack Goodall and the Kick

Jack Goodall And The Kick are a Birmingham, UK-based band playing their own kind of music. Jack Goodall has taken a unique and contrary musical path, at times funky and bombastic as with 2017’s ‘The Whole Thing Is Moving’ album, and at others, delicate and sedate 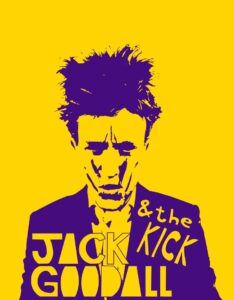 Father and son duo, Giles and Emile Hinton have a special bond as Jazz musicians. One thing’s for certain when they play their music they create wonderful fireworks. you can hear right away that they enjoy playing with each other.