Playing a mixture of drinking anthems and traditional Irish songs, Tony is a real entertainer. A fine raconteur also.

Punk covers and originals in style 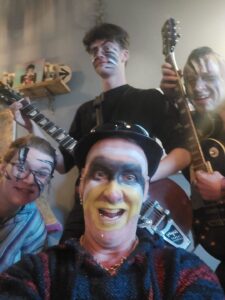 Phil Coker and the gang will bring punk/rock/grunge covers and you can bring the mosh pit! 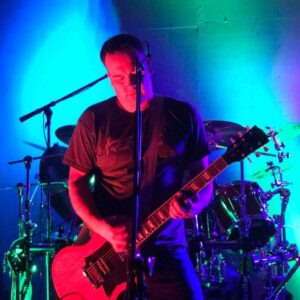 Roots, real roots. The Lionhat collective bring that original, Studio One sound to the festival. Cultural life is here!

Formerly Bag That Weasel, Luxzillion are a female fronted punk/grunge/hard rock combo that deliver rock in the raw.

A 5 piece folk outfit that perform classics from the tradition as well as surely will be classics of their own.

Fronted by local music legend Jason Toft, Moity Dags are a new outfit that play the music that we know and love 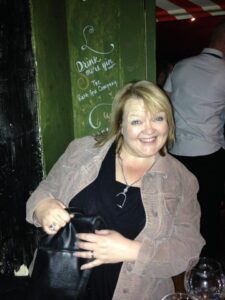 Songs from the North American folk tradition and songs about our local history here. It’s enough to bring a tear to a Mounty’s eye.

Happiness can be infectious. Smile and laugh and chances are you will set someone else off smiling and laughing. Have a positive mindset and positive things will happen. Chris is like a beaming ray of sunshine and his performances will have you singing smiling and laughing before you know it. Even when he sings the blues it is played for laughs. He is not one to miss. He cheaper and more fun therapy! 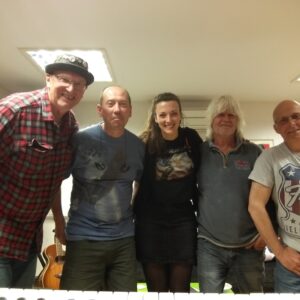 Jess Silk is a guitarist, singer and songwriter from the Black Country. Her shouty but melodic brand of folk/punk music often has her being likened to a female Frank Turner or Billy Bragg, and it gets people sitting up and listening. Armed only with an increasingly sticker-covered acoustic guitar and a distinctive, gravely voice that many don’t expect, Jess plays to audiences up and down the UK

Snow White and Rosie is Duo of Tall Women of Indeterminate Age hailing from Glastonbury. Snow White; a beautiful raven haired Goth influenced by Kate Bush, Siouxsie Sioux and The Cure, writes a bit of poetry, loves playing around with tunes and harmonies; Rosie; a slightly shorter brunette Folk Hippie who loves music that feeds the Soul including Joni Mitchell, James Taylor, John Martyn. They sing for fun at Folk Clubs, including the Glastonbury Folk Club Singarounds in the Glastonbury Assembly Rooms, the Community Celebrations and a few small festivals.

We are The Speedgums.  We are a trio from the Welsh Marches.  On standup Bass, vocals and Kazoo is Rich.  When starting the Speedgums, Rich and Brad had no particular style in mind, other than Bass and Ukulele sounded good together. On 5- and 4-string Banjos is Brad.  Also playing Ukulele and Acoustic Guitar.  Brad plays a mix of styles from Ole Time to Claw Hammer.  He started listening to Hank Williams on the radio as a child, and just always loved that Country style.  Really likes writing tunes for the group which flow – maybe something to do with having a famous Irish Harpist as an ancestor. Thomasin is the girl in the band.  Coming from an Irish trad. background, plays Cornet, Harps, Washboard and Flutes.  Also vocals.
The band all write songs based on the own experiences.  Thomasin wrote “Travellin’ Girl” which is about when the band travelled around for a year, doing gigs and staying in their camper van.
Rich’s Bass playing is the rhythmic beat behind the vocals.
The band choose songs from the 1920’s to cover, “St. Janes Infirmary” and “Root Hog or Die”.  These songs are cheeky and irreverent.
All this adds up to an unprecedented mix of “in the moment songs and tunes”

Singer song writer and a welcomed returner to Withyfest. Provides a mix of classic covers, done his way, and topical self penned tunes

Sussex based folk duo Sprung plays their selection of self-written harmonic tunes from the heart. Quirky storytelling mixes with some popular cover classics. 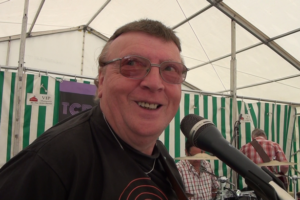 Karen Swan and My Creatures

Karen Swan and My Creatures are a really class act. The combination of Karen’s soaring vocals and the ambient augmentations of My Creatures produces music that is dreamlike, scintillating and has an other worldly quality.

Tyrone joined Paradise 9 in 2007. Ty had previously played with Gregg in the 90’s Image Wot Image band. Tyrone’s first band was the New Beatles and then various punk bands before joining Alternative TV in 1976. He played bass on the first 3 ATV singles in 1977 (“Love Lies Limp”, “How Much Longer” and “Life After Life”).  He later left to play guitar and join the Convent Nuns and various other bands like the Baby Trio, Image Wot Image before taking a break due to poor health. At Withyfest’22 he will be performing a solo set.

Maddie Jane Warren Maddie is a 24 year old singer/songwriter from North Devon. Her songwriting got her a prestigious place on the Chris Difford Songwriting Retreat, following her invitation to the first ever Solo Festival/Writing Retreat in Layfette Louisiana with the Buddy Holy Foundation.